What happens when you combine the flavors and traditions of Japanese cuisine with the energy of an American urban restaurant? Come eat with us and find out. Whether you’re  tasting masterfully prepared fish from our sushi bar, the delicious marinated meats and veggies hot off our Robata grill or one of our many creative cocktails, you can be sure you’re taking in an experience you simply won’t find anywhere else. 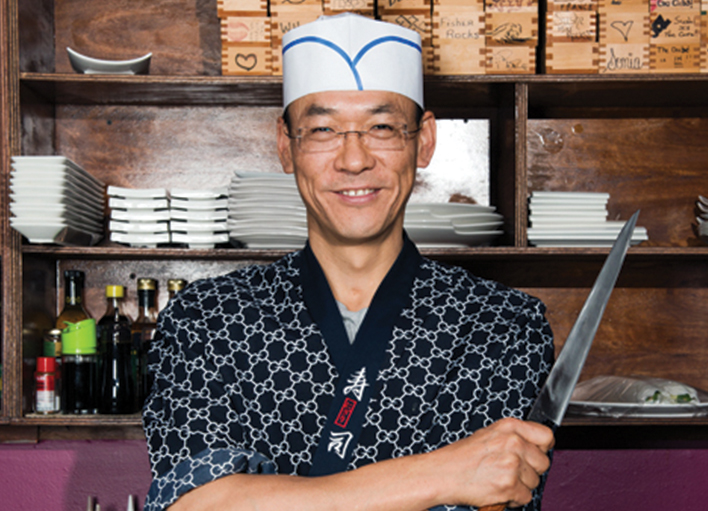 You just gotta experience our robata.

Executive Chef and Partner, Mike Ham, learned how to make sushi while working as an accountant in Jacksonville, Florida. During a long-term project, he became a regular at a local sushi restaurant and was intrigued by the chef. He eventually left his accounting job and began to study alongside him.

Mike traveled across the country with his mentor to perfect his craft, working in New York and eventually settling into Chicago. Mike opened his first restaurant in 2004 where he earned the nickname Sushi Mike. He has been dedicated to creating unique flavors and presentations ever since. Sushi Mike is excited to join the team as Executive Chef/Partner where he expertly combines classic sushi with modern technique and spotlights a variety of fresh ingredients.

PROGRAM
RECEIVE A 50 POINT BONUS WHEN SIGNING UP ONLINE!
SIGN UP HEREGet a Gift Card